JOIN THE ECSTATIC CULT OF THEATRE 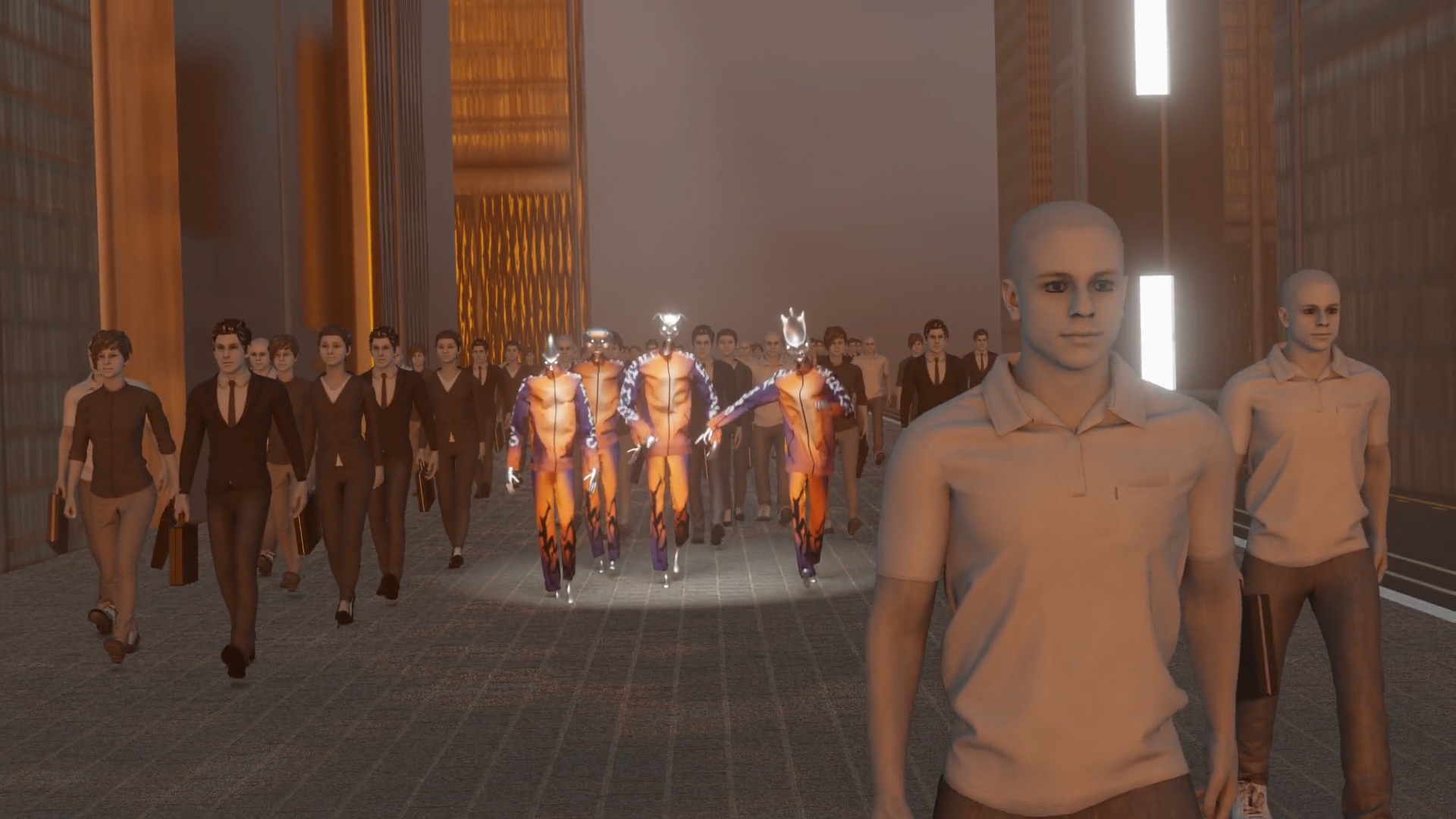 Performance collective URLAND dreams of having their own tracksuit. And of sold-out theatres of course. As a self-proclaimed gang (of theatre fundamentalists) URLAND wants to lure as many people into the theatre as possible. Whether through a performance, videogame or radio play, all arrows always point to our temple: the theatre. Our dreamed tracksuit needs to be a playful billboard for our archaic, analogue medium. A statement of fabric with which you can state wherever you go in a casually chic way: “I am part of the cult of theatre”. URLAND wants to make that dream come true and for you to suit up and join the illustrious fellowship of theatre nerds.

JOIN THE SACRED MYSTERY OF DIONYSUS

URLAND, in collaboration with artist and style icon Perrine Philomeen and graphic designer and ur-gabber Ruben Verkuylen, have designed a theatrical, eclectic tracksuit. An original Australian tracksuit honouring Dionysus, the god of theatre and ecstasy. URLAND is inspired by the great myths and symbols from world literature and contemporary popular culture. Our very first performance, which we recently remade for the big city theatres, was De Gabber Opera:an operatic clash between the originally Dutch, hardcore gabber culture and the Greek tragedy ‘The Bacchae’. We learned about the dark, ritual power of theatre, we became ur, we discovered the mystery play. The god Dionysus a.k.a. The Earth Shaker, manifested as the final boss, our totem, our holy ancestor. Guided by Dionysus we transcend from theatre to the world.

JOIN US AND TRANSCEND

What can be more worldly, more profane than a tracksuit? Dionysus smirks like Lucifer. And URLAND wakes up with a start, because… making a tracksuit is expensive. Right now, we are hanging in purgatory between dream and deed… between digital and post-digital. The design is finished, and ready to be admired in the digital reality. We financed the designing process ourselves so our designers and animators could be paid fairly. Our suits will be hand produced in the Netherlands. Based on your support we can make an estimate of how many tracksuits and what sizes are needed to be taken in production. We hope as many as possible and hope to see just as many strolling, jogging, lobbying, raving, and holidaymaking billboards for theatre.

OPIUM FOR THE PEOPLE, TRACKSUITS FOR THE CROWD, FUNDING FOR URLAND.